Forecasts for the Strong and Weak scenarios, for the NEM overall and by individual NEM regions, are available from the forecasting data portal. 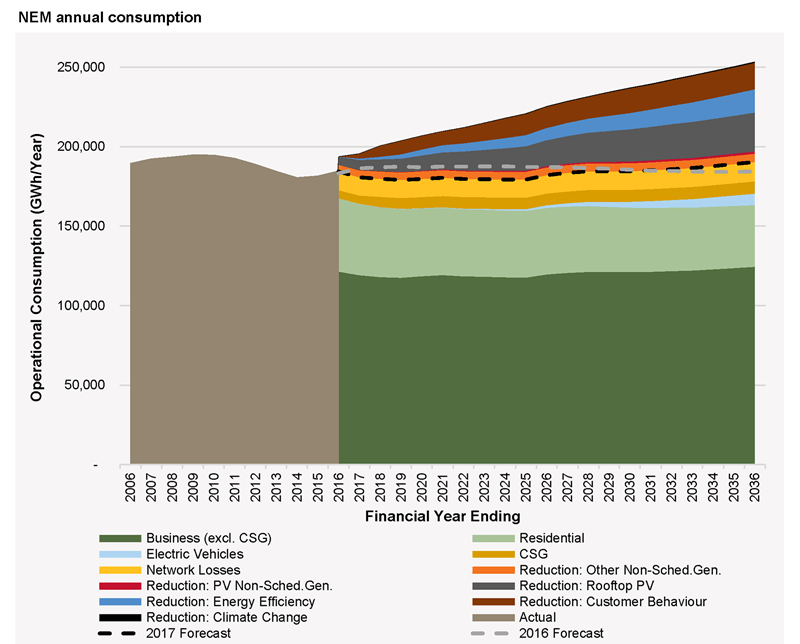 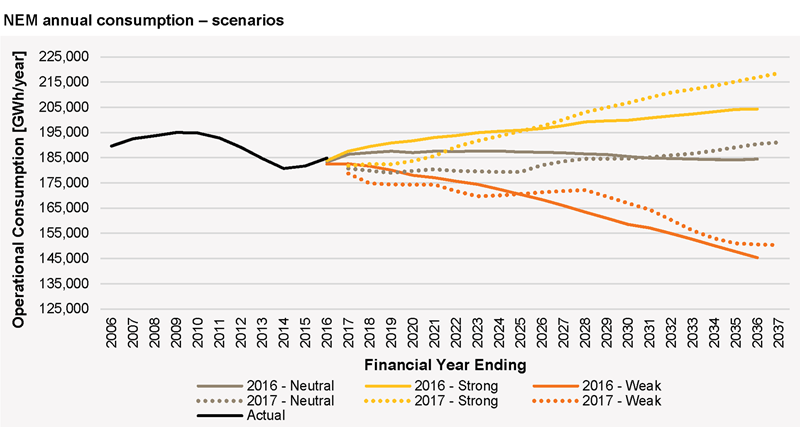 Strong projected growth in rooftop PV uptake means New South Wales is forecast to become the NEM region with the largest installed capacity by the end of the forecast horizon. Combined with consumer behavioural responses, New South Wales' projected consumption trends are slightly lower than the NEM overall forecasts, expected to grow 4.6% overall over the 20-year forecast period, from 66,039 GWh in 2016–17 to 69,056 GWh in 2036–37.

Projections for strong growth in rooftop PV and other consumer changes, along with closure of the automotive industry, are forecast to result in lower consumption in the next two years. Over the 20-year forecast period, consumption is projected to grow 4.2%, from 12,543 GWh in 2016–17 to 13,069 GWh in 2036–37.